Making the leap from healthcare organization to UKG consultant

In her years working with UKG/Kronos as a system administrator at a regional healthcare organization, Pakesha McNabb was always looking for an opportunity to learn more about the software from the perspective of different roles. 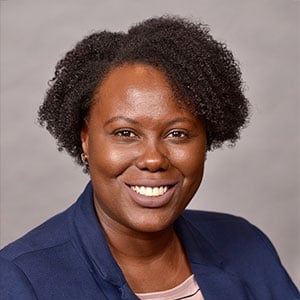 “I’d say to one of my old coworkers,” she recalls, “If I just knew what you knew. We were always trying to find opportunities to get with each other and learn what the other person learned.”

She finally got that opportunity when she returned from a three-year sabbatical. Pakesha had taken a break after five years working as a system admin to volunteer in the Philippines and teach English as a second language. When she returned stateside, she reached out to her former employer, who was moving to the UKG Kronos Cloud.

“Unfortunately, there were no open positions within the IT department,” Pakesha said. “Instead, I was offered a position with the functional team. During those five years, I got to see how our organization was really using the application. It made me want to learn more to be able to provide the best support and solutions for our users.”

Working alongside solutions consultants opened her eyes to new possibilities.

“We started working with some phenomenal consultants,” Pakesha said. “I was just so impressed how they just solved issues so quickly.”

Once again, she saw more knowledge to acquire.

“I would say to myself, if I just had his knowledge or her knowledge, I could do more. How can I get that?”

Like a plant whose roots can only expand to the space of the pot in which it's planted, she started to recognize that her ability to grow her own UKG knowledge base and experience was limited to the scope of the system in place.

“I realized that I wouldn’t get that additional knowledge there because I wouldn’t get exposed to other modules and capabilities within the system,” she said. “I wanted to have access to new technology and grow more.”

The plan for the next step in her career growth was also sparked in part when one of her colleagues, Tori Astle, joined HyBridge Solutions as a UKG Advanced Scheduling Solutions Consultant in the spring of 2021. Pakesha kept in touch with Tori and was curious to hear about her experience in the consulting world. 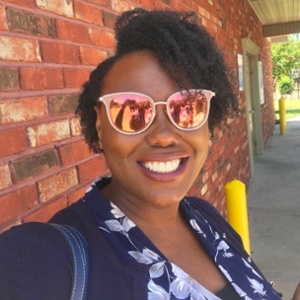 Tori shared with Pakesha that HyBridge had given her the ability to do more by providing growth and training opportunities and a chance to spread her wings.

“I told her,” Tori said, “for us as a Kronos system admin, your next step is to be a consultant. And I absolutely love it where I’m at.”

After doing some additional research and seeing what else people were saying about HyBridge and consulting, Pakesha applied and was hired in the summer of 2021.

She’s excited about the world of new opportunities it opened up for her to learn and do more with UKG.

There is always more to learn, even for someone with years of experience. Pakesha said she appreciates being part of a team that’s happy to share knowledge from decades of experience working with successful clients across the country.

“If I have any questions, I do like the fact that I could easily reach out to someone,” Pakesha said. “You have this whole group of people who have been in this industry applying different solutions for their various clients. It’s nice when your team pulls together to help you. Also, they are open to listen to your thoughts and suggestions.”

While the UKG team works closely together, they’re actually physically spread out across the country. The decentralized team structure that allows them to work well together, wherever they are, was another selling point for Pakesha when she considered HyBridge.

“I wanted the flexibility to move to a new area,” she said, “to be with a company that’s not just in one state, one that’s more national because then you have more opportunities to try a new place.”

Now that Pakesha has access to that knowledge that comes from the perspective of different roles, she has a simple piece of advice for anyone contemplating taking that next step.

“Just do it,” she said. “Because you’ll never know what your capabilities are unless you make the move. Yes, there’s a learning curve, but you have to be patient with yourself to now learn a new way of doing something or refining what you already know. It’s the only way to grow.”